Irish American Joanie Madden has been named as a recipient of the prestigious National Heritage Fellowship in 2021 for her impactful career in Irish traditional music. 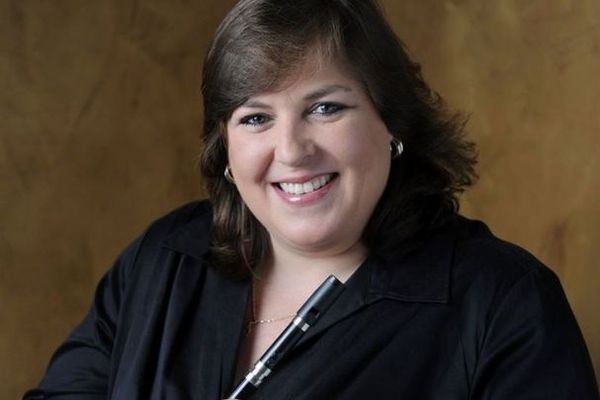 A huge honor has been bestowed on the incomparable Irish American musician Joanie Madden this week, as the National Endowment for the Arts has awarded her one of its nine fellowships. PAUL KEATING reports on Madden’s rise to the top and her multiple strengths as a performer and entrepreneur.

Since 1965, the National Endowment for the Arts (NEA) has created an environment where the celebration of the arts in communities not only uplifts them but also projects a public image of the diversity and cultural traditions that make up the mosaic of the United States.

Back in 1985, the NEA provided seed money to the Ethnic Folk Arts Center in New York City and Dr. Mick Moloney to produce some concerts featuring young girls who were carrying the flame of fireside music from Ireland.

Moloney chose a shy but sociable young lady to lead the pack of young women named Joanie Madden, whose first order of business was to come up with the name Cherish the Ladies, taken from an old jig by that name.

Cherish the Ladies are now in their 36th year as one of the top professional Irish traditional music ensembles in the world, and the formidable leader has received yet another accolade and crowning achievement this week.

The NEA announced on Tuesday, June 15 that Joan Marie Madden will receive one of nine National Heritage Fellowships (NHF) in 2021, issued to artists who are considered at the top of their craft and whose contributions are deeply treasured by their community and country.

It is the top honor that a folk artist can receive in America with a nice $25,000 stipend to go with it. To date, there have been 458 recipients across 200 wide-ranging disciplines in the history of the awards going back to 1982. 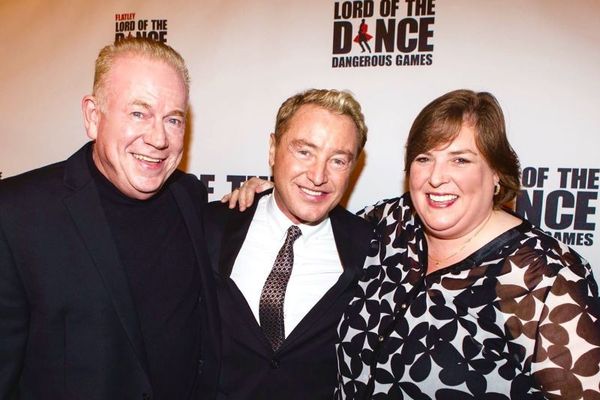 “It’s like winning an Olympic gold medal and it’s not just achievement for myself and my family but for all the people who helped me along the way,” Madden told me on the eve of the announcement.

She further modestly acknowledged, “I didn’t get this award on my own but had thousands in this community lift me up. To stand alongside those other 14 artists who came before me and bring honor to our Irish community. I received so much help and mentoring from Mick, Jack, Liz, Donny, Raff, Seamus, and Billy who always encouraged me.

“And where would I be without Mary Coogan with me from the beginning and all the other gals in Cherish the Ladies who stood up with me all these years.”

Born in upper Manhattan 56 years ago, Madden’s Irish immigrant parents Helen and Joe Madden moved the family to nearby Woodlawn in the Bronx as the family was growing. Helen, from Miltown Malbay, looked after seven children while her husband Joe, from Portumna in Galway, worked construction jobs by day; evenings and weekends were spent showing his All-Ireland championship form on the button accordion taking over as bandleader of Paddy Killoran’s Band at one stage.

On East 236th Street lived Jack Coen, a fellow Galwegian from Woodford in East Galway who played the flute and tin whistle who befriended the Maddens and played in gigs and house parties around the New York area with Joe. Joanie was smitten with the tin whistle and flute, and her father arranged for lessons with the patient teacher Coen who lived just down the block from them.

She proved a promising and enthusiastic student drawing from the well of traditional music gleaned from Coen and other family friends like Father Charlie Coen (Jack’s brother), Mike Rafferty, Mike Preston, and Sean McGlynn as seminal influences in the young teenager’s life.

The times that were in it back in the 1970s and 1980s were the first bloom of youth and golden age for young Irish American musicians learning from senior Irish immigrant musicians. All-Ireland medals were coming back home to America more frequently for the first time, and Joanie Madden was front and center in that generational troupe winning a Senior All-Ireland Championship on the whistle at age 19 in 1984, the first American to ever do so.

That achievement along with extraordinary number of young women playing traditional music in those days following in the footsteps of their fathers was not lost on Mick Moloney, then working towards a doctorate around the fertile field of Irish music in America. He produced concerts and vinyl albums chronicling the nascent Cherish the Ladies and the “Fathers and Daughters” phenomenon that gave rise to it. 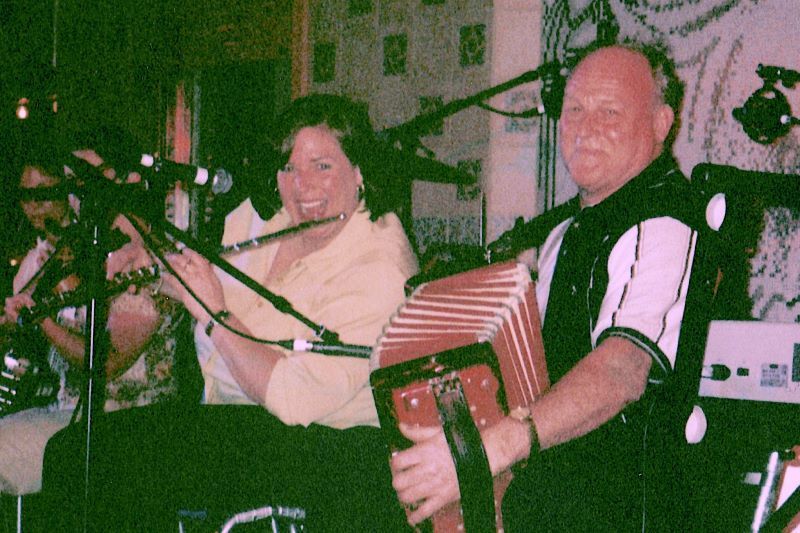 The handing down of the native music brought over from Ireland was taking firm roots in Irish America and now in the hands of the talented young offspring whose role was to carry it onward under the proud and watchful eyes of the grateful senior musicians who saw to its transition, preservation and now promotion in their new country. And Cherish the Ladies would be the foremost group to take on that challenge.

The history of Cherish the Ladies over 36 years is well documented elsewhere led by the indomitable Madden and her “silent” and steadfast partner and founding member Coogan all these years. Starting from small folk clubs and parish halls with NEA support in those early years, Cherish the Ladies blossomed into worldwide gigs as far away as China, Japan, Australia, and New Zealand as well as across the U.S. and Ireland.

And despite the high profile they enjoyed before and even during the pandemic, one shouldn’t assume they were an overnight success but rather a work in progress in the hands of very determined Madden.

Counting numbers for a career for Madden was not an advocation she sought in college, but rather putting numbers together on a musical setlist was more to her fancy as she sought music gigs with her father and others around New York. Despite his own admonition about trying to make a living playing traditional Irish music, Joe Madden’s influence and gene pool was positing different notions in his equally strong-minded daughter whose heart was leading her in that direction. Fortunately, he saw her realize her dreams and many accomplishments before he died in 2008 after a tragic accident.

Trailblazing her career in and outside of Cherish while dedicating herself to the promotion and celebration of traditional Irish music and dance is what got the attention of those panelists who chose Joanie Madden for this honor. Yes, she had awards aplenty from Comhaltas (Hall of Fame, Bardic and All-Ireland acclaim), Ellis Island Medal of Freedom, a USA Artist Fellowship, a visit to the White House of President George W. Bush, and even a street sign in the Bronx on the Grand Concourse to denote her multifaceted career and success with Cherish.

Cherish the Ladies’ dynamic and high-energy stage show has graced every major Irish festival and fleadhanna and prestigious venue, and in over 300 performances with symphony orchestras and the Boston Pops. Bus tours of Ireland and Folk’N Irish cruises have rounded out the palette of Madden’s portrait of Irish America in the 21st century.

When you get right down to it, the tradition-bearing aspect of Joanie Madden the folk artist who embraced her Irish heritage in its music, song, and dance and raised it to a high art form is what is being celebrated here in the National Heritage Fellowship.

Her work as a composer, presenter, and performer informed her work as an educator at many instructional camps like the Catskills Irish Arts Week and the Augusta Heritage Center Irish Week in West Virginia where she was the artistic director for five years, succeeding Dr. Mick Moloney.

Recognized and treasured already as a “force of nature” sharing the legacy of our bountiful Irish cultural history and music within our own Irish community, it is now an overdue acknowledgment throughout the U.S. about its roots as “E Pluribus Unum” and how diversity makes us stronger rather than divides us.

The timing of the National Heritage Award coming as we exit the throes of the pandemic is somewhat bittersweet but welcome news now for Madden. While there will not be any lavish celebrations in Washington, D.C accorded other winners down through the years due to the residue of the pandemic, her story will be told in a film produced by the National Endowment for the Arts in November.

More information can be had at www.arts.gov on the National Heritage Fellowship.

(In the interest of full disclosure, the author of this article nominated Joanie Madden for the National Heritage Fellowship Award four years ago after following her career and impact for 40 years).

*This column first appeared in the June 16 edition of the weekly Irish Voice newspaper, sister publication to IrishCentral.

See Joanie Madden and her band Cherish the Ladies live and in person with 59 Musicians of the Binghamton Philharmonic Orchestra Saturday, March 19, 2022 at 7:30pm at the Forum Theatre!